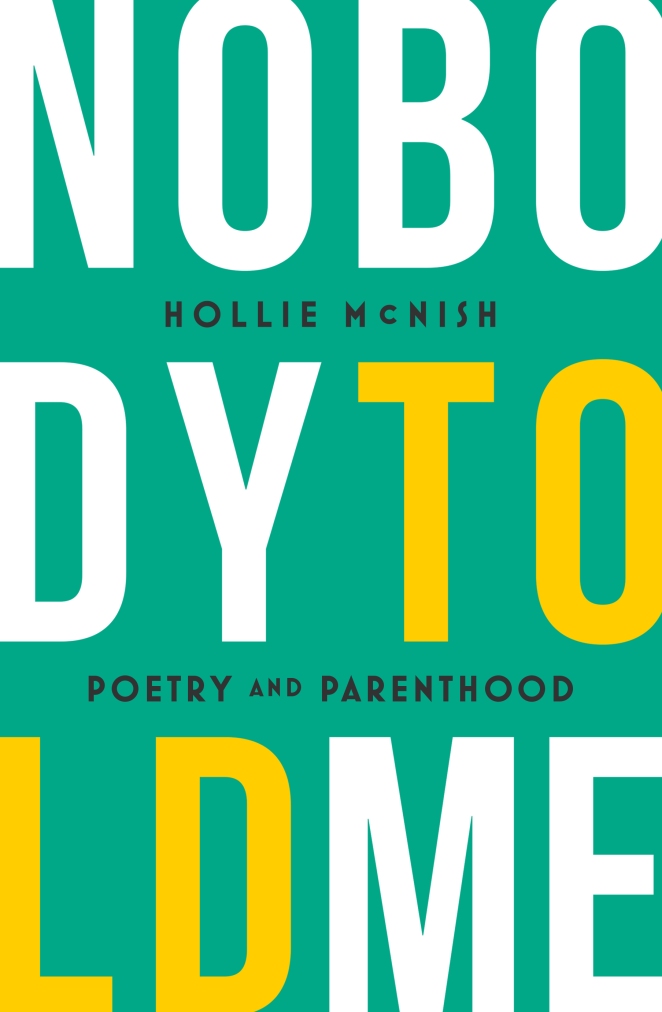 After two years of waiting, I am totally stoked and nerve-wracked to announce that my new book – Nobody Told Me – is coming out in February 2016 with Little Brown of Blackfriars Books.

It’s a hefty 400 pages of all the diaries and poems and thoughts and feelings I wrote about becoming a parent. All the things I was unsure of, the things nobody told me and the things I didn’t want to talk about to anyone. They weren’t meant to be published, but after all the support I’ve had for poems like ‘Wow‘, ‘Embarrassed‘, ‘Breasts‘, I figured I should just go with this opportunity.

I’m sick of feeling ashamed about things to do with parenthood. About feeling guilty about being bored sometimes, despite the beauty and love of it, about loneliness, about not knowing how I feel about my body as a mum, about trying to be a worker and a parent and a partner, about issues around sex or relationships or feeding or just feeling guilty for everything I do and don’t do well! The more I talk to parents, the more it seems there are a lot of these undercurrents going on.

So this book is full of mine. I hope you enjoy reading it when it’s out. For now, here’s Embarrassed x

Roll up roll up, I think I’ve managed to set up an email list – only taken 5 years.

I won’t spam, just brief monthly updates, first dibs on tickets, downloads, a few poems praps and a few very secret things that only you will know.

But not really the last one.

ps. I don’t mind if you use a fake name x

These gigs are the only ones this year where I’m gonna be doing a full on, hour long, unadulterated (not sure what that means) night of poems. Plus an amazing support poet at each of the gigs.

THE VENUES ARE LUSH
THE GIGS ARE ALL SEATED
THERE WILL BE DRINKS
AND POETRY!

Dates and links are below – any questions, ask in the comments.

In November 2012 I ran a poetry project with artist Inja in Cottenham Village College Sixth Form Centre, organised by Start Arts – http://www.start-arts.org.uk/. The aim of the workshops was for the students to feel more ownership of their new school building, to respect it and each other.
We ran a days poetry workshop with the students, after which we took snapshots of their work and exhibited these in various hidden and humorous locations around the school as part of the Rheebridge Art Exhibition.

Here are some of the snapshops now permanently displayed in the school:

Poem in the entrance area to the sixth form

What do you think? Placed in sight of the seating lunch space

Phrases placed in hidden locations under the stairs of the sixth form block.

Poem in the entrance area to the sixth form

What do you think? Placed in sight of the seating lunch space

I’ll be performing a Sneak Peek from a new set of poetry entitled A British Tea Break at 9pm on the 15th November at the Bush Theatre, London. Ticket includes two other brilliant brilliant shows. It would be great if you were there. http://www.bushtheatre.co.uk/production/radar_2012_sneak_peeks/

This November, the Bush explores the future of new writing with a three week festival. RADAR 2012 sees performances from some of the UK’s most exciting artists, reveals sneak peeks of work in progress, and presents a series of provocative talks led by theatre makers from across the industry.

Bush Bounce artists Hollie and Kat return to the Bush to perform their pieces as part of RADAR 2012
British Tea Party: In A British Tea Break, you are invited to journey through the ingredients of a traditional afternoon tea whilst experiencing an intimate spoken word show which explores themes of Britishness, immigration, women and workers rights
Round’Ere: A screwed up crackwhore cabaret act turns emotional exploration of north-western girl-ness, slap bang in the middle of a binge-living culture plagues with the politics of ‘Cameron’s Coalition’

DATES AND DETAILS. This Sneak Peek is performed alongside The Looking Screen by Anna Chmelewsky on Thursday 15 Nov, 7.30pm. Tickets £12 (£10 concessions).BOOK NOW 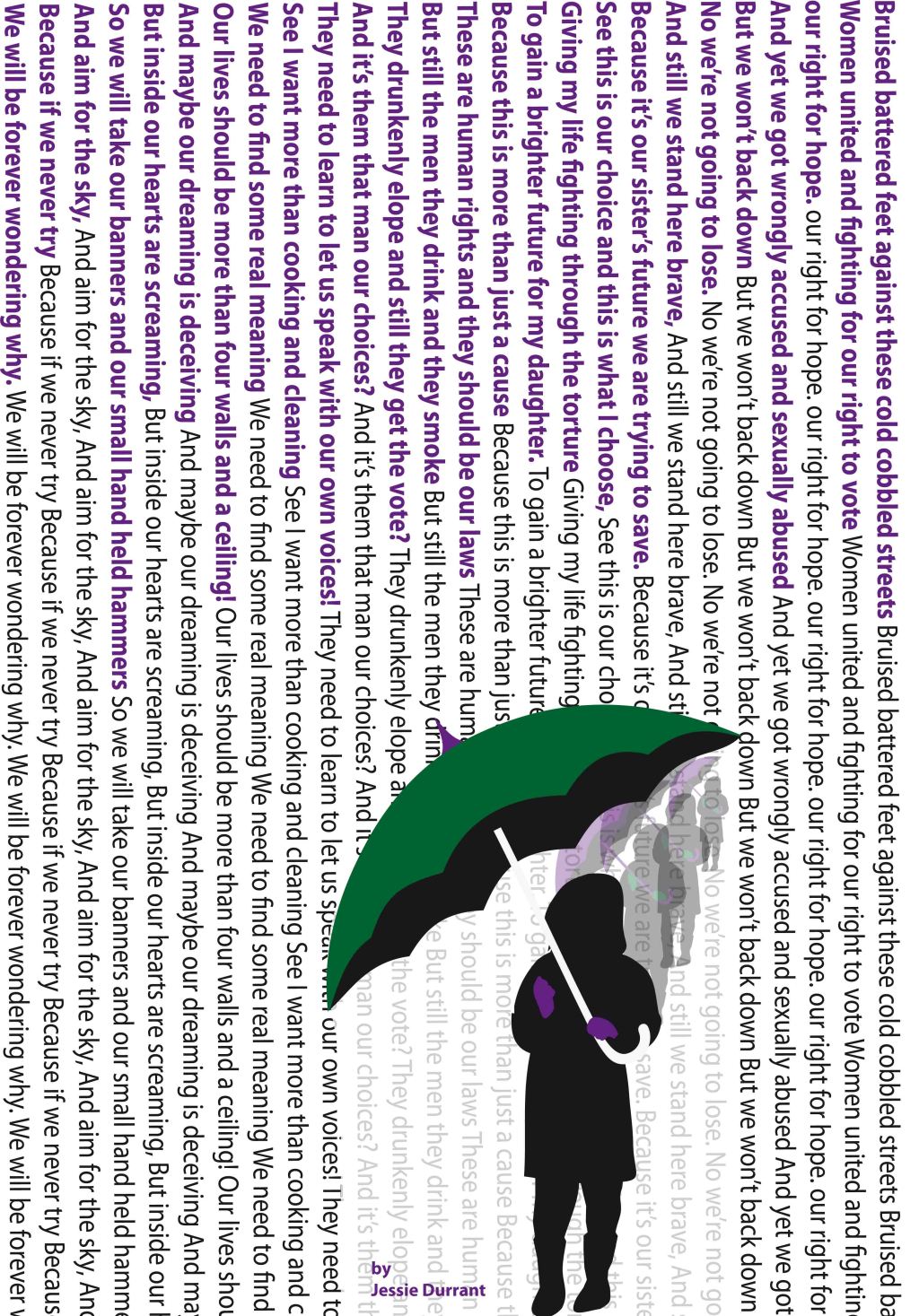 As part of my job at an architecture centre, I set up a project to produce a new walking tour of Cambridge City centre. The draft booklet is now available online. It features female histories of local buildings, with snippets of the buildings’ architecture, photography and poetry. We have just finished shortlisting local artists who are redesigning the poetry pages of the booklet.

Have a look if you fancy…