I’ve picked my favourite artists in each place to come support and they’ve said yes.I’m stoked.

If you wanna come, are coming or have just seen a show and want to find out more about them, check below… 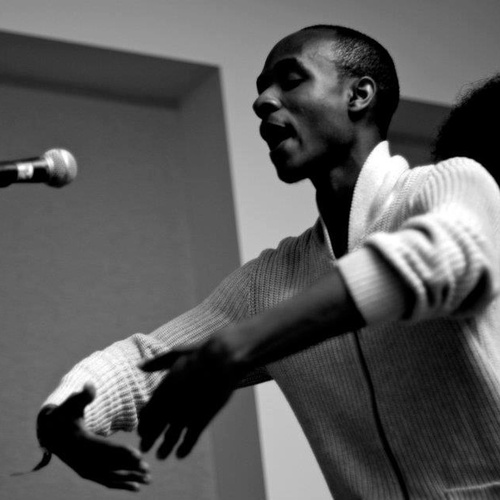 I first heard of the Leeds Young Authors when I saw their brilliant film: We Are Poets. You should check it out. Then come and see 3 of their poets live in Leeds.

Who They Are:
Leeds Young Authors (LYA) was founded in 2003 by Khadijah Ibrahiim, performance poet and playwright, as an approach to creative education to promote positive social dialogue through the written and spoken word among young people of High School age (ages 13-19), primarily in the City of Leeds.

Leeds Young Authors has created spaces in a socially and economically disadvantaged area to celebrate youth voices, and to develop the young people’s social skills and emotional literacy so they will have the ability to function effectively in different spheres. The project also offers young people at risk (including former youth offenders) an opportunity to engage in a project within the community in a positive way and to escape the lure of criminality, the cycle of poverty and social depravation.

Web:
Read about them in the Guardian here or on their site here.

Michael Pedersen is a poet, playwright and animateur with an electric reputation; he’s collaborated with artists, musicians and film-makers; has two successful chapbooks and a full collection (Polygon) under his belt; writes lyrics for bands; and co-runs / co-founded the Neu! Reekie! arts collective and record label. See: http://www.birlinn.co.uk/Play-With-Me.html & @ScribePedersen

If you like poetry that is cool, smart, hilarious and quirky and can just suddenly rip your heart out, Michael Pedersen is your man

Michael’s poems are so physical you can almost touch the images in them. Fabulously sensual and alive. I adore poetry like this

And this is the amazing building the gig will be in!

I was asked to do a gig for Beatfreeks last year. They run a monthly spoken word night for young people in Birmingham. Each month they have a headline professional poet and then finish with a headline young local poet. I was totally and utterly bowled away by the poems I heard and thought of them immediately for the Birmingham gig of this tour.

Who They Are:
Beatfreeks is an arts based social enterprise supporting young, creative people to do what they love. They are running a competition, from which four young poets will be chosen to support me at this gig. Their poets are brilliant and I can’t wait to see them.

Jordanne Renee is an 18 year old poet from Birmingham, she started writing poetry as a form of escapism and somewhere along the line fell in love with words. She believes that words have the power to inform,educate,inspire and motivate and hopes to articulate that through her work.

Joe Cook A.K.A Cookie, is a poet, musician, workshop facilitator and political activist from Birmingham. Heavily influenced by Hip-Hop and Reggae his musical background shows in his lyrical poetry. Described as “The Streets meets Joe Strummer” , his voice is raw, full of passion and heavy beats. He’s performed all around Birmingham at prolific venues such as The Birmingham Repertory Theatre and Mac Birmingham, as well as performing in London with the Burn After Reading Poetry Collective.

I met Rosy Carrick a few years ago and was smacked in the fact by her honesty and her skill of language. She is not only one of my favourite poets but one of the bests hosts I’ve ever seen – go see her at Hammer and Tongue every month in Brighton, or, ofcourse, on this tour!

Who She Is:
Surreal, sensual and decidedly left-field, Rosy Carrick’s eccentric style, dense rhyme structures and forceful imagery have won her international acclaim, as well as firmly cementing her place as one of the UK’s most unusual and exciting contemporary performance poets.

Host of Brighton Hammer and Tongue, one of the UK’s largest spoken word & slam events, she also co-manages and comperes cult movie-themed club extravaganza Trailer Trash!, and performs her poetry at events and festivals around the country.

In addition to the facilitation of adult writing workshops, Rosy is a UK approved youth slam coach, and works to talent-spot and mentor representatives from the South East for inclusion in the annual UK Schools Slam Poetry Championships.

Vanessa Kisuule asked me to do a gig on a boat in Bristol last year and instead of using her time as a host to read her own poetry, she chose to share poems from her favourite other artists. It was so damn nice. but I was gutted, because I am completely in love with her poems. She is what I call a proper poet! A really good proper poet x

She has performed at an array of festivals, including Glastonbury, Lounge on the Farm, Secret Garden Party, Wise Words, Wilderness and Shambala Festival and renowned poetry events such as Blahblahblah at the Bristol Old Vic, Chill Pill in London, Hit the Odein Birmingham and Shake the Dust in Plymouth.

The likes of Linton Kwesi Johnson, Kate Tempest, Dizraeli and David J have invited her to support them, and her poetry has featured in Burning Eyes Rhyming Thunder anthology of Young Poets.

I saw Keisha perform at Glastonbury 2013 and she was the most understated and brilliant poet I’ve heard in ages. I did a gig with her last month again and she was just as super. She doesn’t shout, she doesn’t scream, but her words stick with me like glue.

Keisha Thompson is a performance and page poet. She has been published in various anthologies and is a core member of Manchester’s youth writing groups: Young Identity and Inna Voice. She is currently working on solo show, I Wish I had a Moustache with support from Contact Theatre. She also released her first EP, Abecedarian on Sept 24th (SheBeKeke.bandcamp.com)

Deanna Rodger has made a name for herself by winning the UK Slam Poetry competition, touring Germany and performing commissions in places such as, Buckingham Palace, 10 Downing street and 2012 Olympic Team Welcome Ceremony. She acts, facilitates workshops and produces events.

And that’s it! Tickets here: http://www.kililive.com/artists/hollie-mcnish

One thought on “Supports Acts info for Verses Tour x”